“I have very much enjoyed my time spent at West Dean College and feel grateful to have had the opportunity to get away from the noise and bustle of the city and home.”

New Writing South works in partnership with West Dean College of Arts and Conservation, supporting them to encompass a wider range of writers in their on-going Writers-in Residence (WiR) programme with the aim of diversifying opportunities for current and future writing students and for visiting writers. Curated by New Writing South, the New Writing South/West Dean residency programme seeks to challenge under-representation of Black and Asian British writers in the literary world by offering six West Dean residency opportunities across the academic year to writers of colour.

Potential residents are invited to take up the opportunity following a research and selection process by New Writing South in discussion with West Dean College. Booker Prize long-listed novelist, Yvvette Edwards, was our first writer in residence as part of this new partnership, resident at the College in November  2020 for one week.

Writers in Residence for 2022 include Courttia Newland and Kia Abdullah.

For further information on West Dean College of Arts and Conservation, please visit 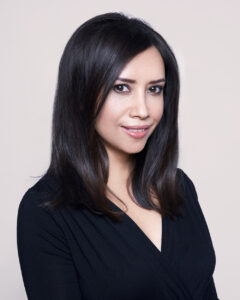 Kia Abdullah is the author of three courtroom dramas: Take It Back, a Guardian and Telegraph thriller of the year; Truth Be Told, which was shortlisted for a Diverse Book Award; and Next of Kin, a Times Book of the Month. She has won a JB Priestley Award for Writers of Promise and has written for The New York Times, Guardian, FT, Times, Telegraph and the BBC among others. kiaabdullah.com 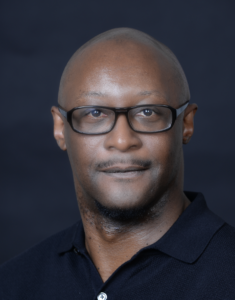 Courttia Newland has published nine works of fiction, including his debut, The Scholar. His latest collection of speculative fiction stories, Cosmogramma, was published in 2021 by Canongate (UK) and Akashic Books (US). Newland’s short stories have appeared in many anthologies, broadcast on BBC Radio 4 and included in Best of British Short Stories 2017. He has been awarded the Tayner Barbers Award for science fiction writing and the Roland Rees Bursary for playwriting. He holds a PhD in creative writing and was previously associate lecturer at the University of Westminster. As a screenwriter he has co-written two feature length films for the Steve McQueen BBC series Small Axe, of which Lovers Rock was jury selected for Cannes, and opened New York Film Fest 2020. Small Axe won the LA Critics Circle award 2020 for Best Picture. Impact, an original feature, is currently in development with Film Four and The Future Isn’t What It Used to Be, a science fiction short, is part of their science fiction strand, 4sight. 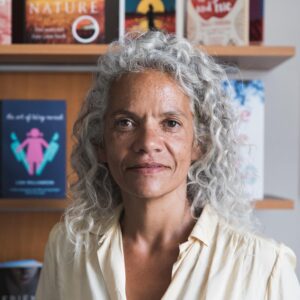 Catherine Johnson has written over 20 books for young readers, her work has been nominated many times for the Carnegie Medal, shortlisted for the Bookseller Young Adult Prize, and won the Young Quills Historical Award and the Little Rebels Award. Her latest book is Journey Back to Freedom. She also writes for TV, Film, Radio and Video Games.  She is a fellow of the Royal Literary Society.

Yvvette Edwards is a British East Londoner of Montserratian origin and author of two novels, A Cupboard Full of Coats and The Mother, as well as a number of short stories which have been published in anthologies and broadcast on radio. She is particularly interested in writing that challenges the single narrative, giving voice to characters who are absent or under-represented in contemporary fiction.  Her work has been nominated for a number of literary awards including the Commonwealth Writers’ Prize and the Man Booker Prize.

Amer Anwar grew up in West London. After leaving college he had a variety of jobs, including; warehouse assistant, comic book lettering artist, driver for emergency doctors and chalet rep in the French Alps. He eventually settled into a career as a creative artworker/graphic designer and spent the next decade and a half producing artwork, mainly for the home entertainment industry. He started taking writing classes in the evenings and wrote the opening chapters of a novel which he entered for the prestigious CWA Debut Dagger competition, in order to receive his first rejection – only to win the actual award. Signing with an agent, he went on to gain an MA in Creative Writing from Birkbeck, University of London. The book took eight years to complete. After initially being rejected by over thirty publishers, it was eventually published in 2018 by Dialogue Books. Brothers in Blood, Amer’s critically acclaimed debut thriller, went on to be picked by both the Times and the Guardian as one of the books of the year.

The eagerly awaited follow-up, Stone Cold Trouble, was published in September 2020 and was a Times, Observer and Living Magazine Thriller of the Month and a Sunday Times Crime Club pick of the month.

You can find out more about Amer at

or on social media

Salena Godden is a high-profile poet based in London. She is also an activist, broadcaster, essayist and memoirist whose work has been widely anthologised. She has had several volumes of poetry published including Under The Pier (Nasty Little Press) Fishing in the Aftermath: Poems 1994-2014 (Burning Eye Books) Pessimism is for Lightweights – 13 Pieces of Courage and Resistance (Rough Trade Books) and a literary childhood memoir, Springfield Road (Unbound).

Her poem Pessimism is for Lightweights was donated to The People’s History Museum, Manchester, where it is now on permanent display. The work was unveiled in February 2020 to mark the museum’s 10th birthday. She has recorded several albums, most recently her spoken-word album LIVEwire (Nymphs and Thugs) which was shortlisted for the Ted Hughes Award.

Canongate pre-empted world rights to her debut novel Mrs Death Misses Death. A documentary following the work-in-progress over 12 months was broadcast on BBC Radio 4. Mrs Death Misses Death has been described by the publisher as an “electrifying genre- and form-defying firestarter.”  – Described in The Bookseller as “an original, exuberant novel, freewheeling from prose to poetry to non-fiction…truly one of a kind – don’t miss”, and chosen as a Fiction Editors Choice.

The Coast is Queer

We See You Now: Alinah Azadeh

The Working Class Writers Collective brings together writers from working-class backgrounds based across the south-east region. The collective was established as a call to arms,

Writing Around the Kids

Writing Around the Kids are free creative writing workshops for mothers of young children. The sessions are for writers of all abilities. Whether you’ve never

By Clare Christian You’ve written your book. You’ve redrafted it once, twice, probably more. You’ve polished it; maybe you’ve worked with an editor to get