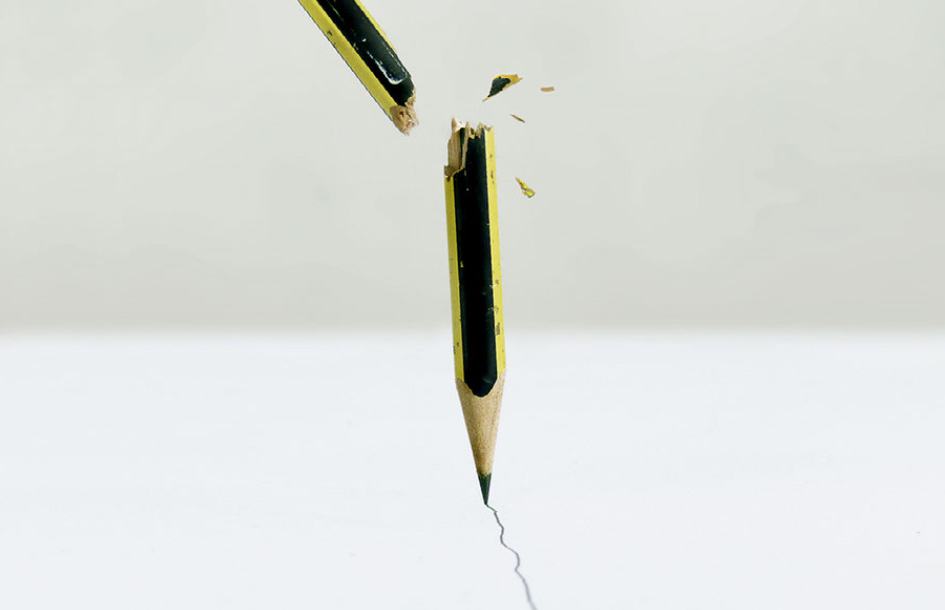 ” I’ve seen people on social media, Twitter in particular, taking real exception to so-called writing rules, especially these three. In fact some people get extremely angry. In this post I’m going to use Gretchen Rubin’s book The Four Tendencies to think about these ‘rules’. There’s a twist coming up later, but you’ll have to keep reading for that.”
Louise Tondeur

Here you can read the fifth in this series, focusing on writing rules – and how to break them

Show don’t tell, write every day, write what you know. I’ve seen people on social media, Twitter in particular, taking real exception to so-called writing rules, especially these three. In fact some people get extremely angry. In this post I’m going to use Gretchen Rubin’s book The Four Tendencies to think about these ‘rules’. There’s a twist coming up later, but you’ll have to keep reading for that.

I decided to ask my own Twitter followers which writing ‘rules’ they found overrated. I got some interesting responses. None of them got angry (!) and I learnt a couple of new things along the way. You can read all of the responses here. I wrote some of this blog post beforehand and I was gratified to know that my prediction in the opening paragraph is correct: it’s Show don’t tell, write every day, write what you know that attract the most criticism. I particularly like this quotation from Ursula Le Guin about ‘show not tell’.

The results of my (unscientific) survey

Other notable writing ‘rules’ people disliked are: cut out adverbs, murder your darlings, create character checklists, don’t start sentences with conjunctions, always write in sentences, don’t head-hop, punctuate dialogue, don’t info dump, start with action, don’t use ‘started’ or ‘began’, and even freewriting, which I love – but which doesn’t have any rules so doesn’t count in my book. Then someone mentioned ‘those lists of words you’re not supposed to use in a poem’, which I had never heard of before, but apparently it’s a thing. Immediately I wanted to write a poem containing all of these words, one of which is ‘dragon’. Another, randomly, is ‘Jennifer.’

Admittedly, I did feel slightly peeved about the banning of ‘dragon’ from poems, but why do some people get incensed by so-called writing ‘rules’, whereas others can simply take them or leave them? Different writers respond to these sorts of ‘rules’, guidelines, aphorisms, pieces of advice, Creative Writing clichés, call them what you will, in different ways and I’m curious to know why. Gretchen Rubin’s work could provide part of the answer.

What are the four tendencies?

In her book The Four Tendencies, Rubin describes how people adhere to one of four tendencies: Upholder, Questioner, Obliger or Rebel. She claims these relate to ‘two kinds of expectations’: inner, what we expect from ourselves, and outer, expectations from others. When I first came across The Four Tendencies, I was sceptical. How can people possibly be divided into four categories? But as Rubin is quick to point out, it isn’t as simple as that. The four tendencies relate only to the habitual way we respond to inner and outer expectations and not to other aspects of our personality, and anyway, some people exhibit one tendency predominantly while ‘tipping’ towards another.

You can take a free online quiz to discover your tendency here, where Rubin explains a bit more about how they work.

The tendencies in action

I’m a Questioner. I question expectations, especially external ones. Until I knew about the tendencies, I thought everyone did this. My wife’s quiz results revealed she was an Upholder, ‘upholding’, or wanting to remain true to, both inner and outer expectations. Her best friend is the opposite. She is someone who tends to rebel against all expectations. And I know several Obligers, who like to live up to other people’s expectations but can neglect their own. (You could think of this as needing external motivation to complete a goal. It’s not necessarily a negative thing.) Rubin’s book gives useful suggestions on how to relate to, and communicate with the other tendencies.

How do the tendencies apply to writing?

I’m interesting in how the tendencies apply to writing, in particular the writing ‘rules’ I mentioned at the start of this post. One clue is in Rubin’s descriptions of ‘obligers’, the most common tendency, who will tip towards the ‘rebel’ tendency if they get overwhelmed. If you’re trying as hard as you can to follow external writing expectations, like ‘write every day’, then you could well reach a point where you get annoyed with and want to rebel against all of the writing advice out there. That suggests three stages:

How would the other tendencies react?

A Rebel wouldn’t want to follow supposed writing ‘rules’ and might therefore end up rejecting what could be useful advice. An Upholder would try to follow them, but only if she could also meet her internal writing expectations. In fact an Upholder is perhaps most likely, out of the four types, to assimilate these pieces of writing advice and adapt them to her own use simply because she is trying to meet both internal and external expectations. And I suppose a Questioner would write a blog post like this one. Although I was cynical, I am very true to type.

At the start I said that when it comes to pithy but out of context phrases like ‘show don’t tell’, ‘write every day’, ‘write what you know’, we could call them rules, but we could also call them guidelines, aphorisms, pieces of advice or even Creative Writing clichés. Here’s the twist: they’re not rules. They were never rules. It’s only when they are treated as if they are rules that they’re annoying. (The only real rule for writing is: make marks on a screen or piece of paper that a reader can understand. Ironically, the only actual rule isn’t at all helpful.)

Once we realise that ‘show don’t tell’ and its friends ARE NOT RULES that causes a shift in our understanding. It turns out that the way we think about these pieces of writing advice is the key to their use.

Someone famous said it

When a couple of people suggested ‘write in sentences’ and ‘don’t start with a conjunction’ were rules they thought overrated, the primary school child within me got quite a shock. I had subconsciously accepted that these were rules that shouldn’t usually be broken. Until now, my friends. And subconscious imbibing of The Rules is probably key here. Here are some reasons why that might have happened:

The power of epiphany (or hearing advice for the first time)

Imagine the difference between hearing ‘show not tell’ for the 1000th time since primary school and hearing it for the first time. Imagine having someone explain for the first time that you could make your writing clearer and more pacey if you cut down on adjectives and adverbs, especially the ones we’ve all heard before (lush grass) or the tautologous ones (green grass), or having someone tell you that writing small amounts regularly is much more likely to get your novel written?

When these pieces of advice are both fresh and contextualised, they can provide powerful epiphanic moments. Chuck Palahniuk did this for me recently. See below. When they become well-worn and decontextualised, and feel like rules, they become irritating, even offensive.

Saying these pieces of advice aren’t rules isn’t exactly the same as saying ‘there are no rules’.

How to interpret writing advice

It’s easier said than done, but as all these examples demonstrate, the key to interpreting writing advice is flexible thinking. I suggest three things:

Personally I’ve come to think of these common pieces of advice as guidance, that are sometimes (or even often) useful but are definitely not applicable in every instance. Usually if you add ‘with balance’ or ‘with flexibility’ they work better. Some, like ‘write every day’ could be downright offensive and horribly off putting to people who can’t, when they’re offered up, falsely, as if they are RULES THAT MUST NOT BE BROKEN, but work brilliantly for others.

As for saying there are certain words that can’t go in a poem, here’s my response to that: please have a go at getting as many of these words into a poem as possible and let me know how you get on.

In the noughties, she published two novels with Headline Review called The Water’s Edge and The Haven Home for Delinquent Girls, then she did a PhD in Literature and Cultural Theory at the Reading University, started a family, and became a Creative Writing lecturer, while publishing mainly poetry and nonfiction. In 2017, she left her full-time job to focus on fiction writing. Her short story collection, Unusual Places, came out in 2018 and she is currently working on a series of crime novels set in Norfolk / Suffolk border country where her grandparents lived for 40 years. Louise grew up in Bournemouth and after a long time in London, and spells in Cambridge and Norwich, she now lives in Hove with her wife and son and two black cats. Louise teaches on the Open University’s Creative Writing MA and blogs at: www.louisetondeur.co.uk 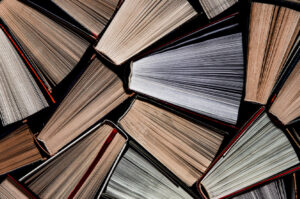 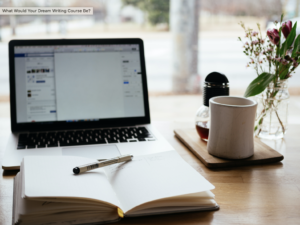 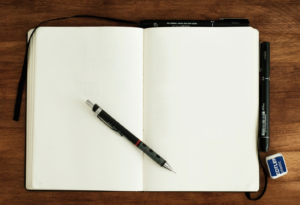 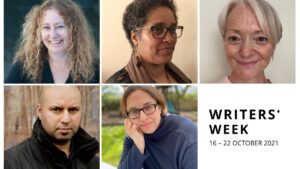